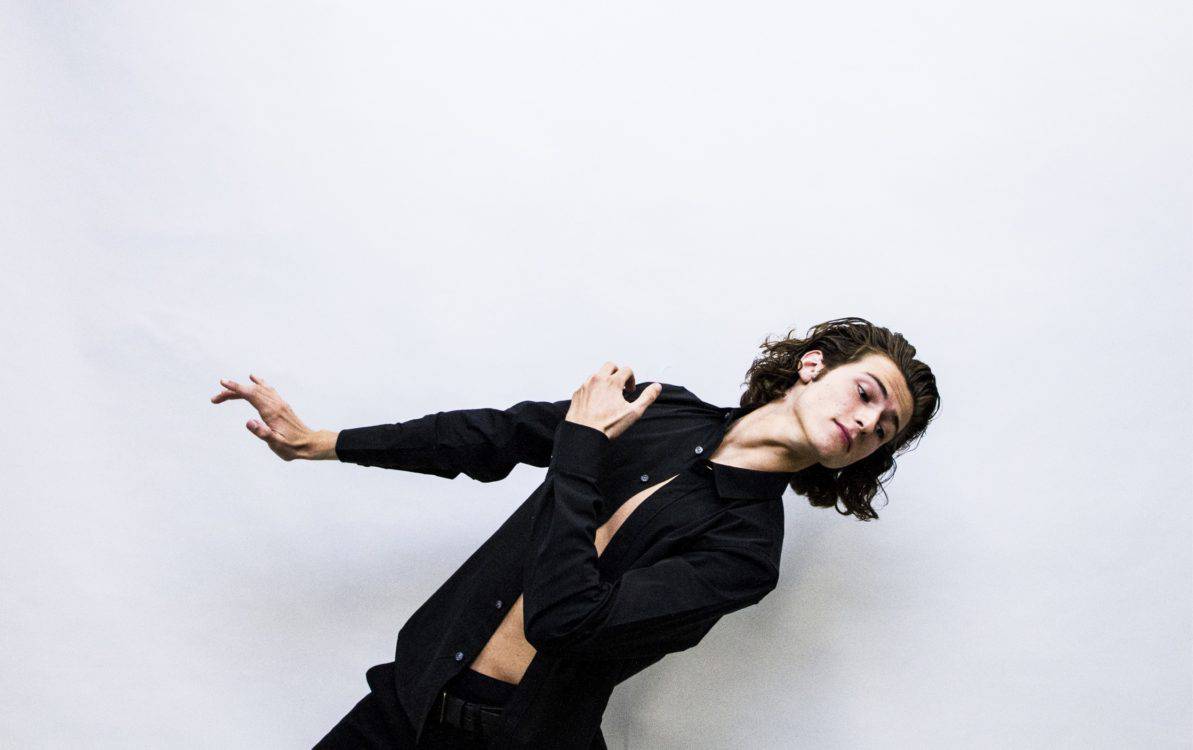 Chris Kokkeel (July 11th 2000, Breda) studied at the Dutch National Ballet Academy and Lucia Marthas Institute for Performing Arts. From an early age Chris became fascinated by the power of classical and free dance, in combination with singing and performance. Michael Jackson – The King of Pop – and composer and musician Ryuichi Sakamoto are important inspirators for him.

Chris is a melomaan; music and sound are the crucial fundaments of this creations. Besides that he takes inspiration out of social and philosophical questions. Sound, knowledge and sensation are coming to expression in one energetic whole.

As a child he followed dance classes from hip hop to classical ballet, at the local school in his birthplace. His talent was spotted quickly which brought him to the Fontys Dance Academy in Tilburg, where he kept developing his dancing skills. At the age of eleven he played his first role in the Stage Entertainment Production Droomvlucht.

His enthusiasm, perseverance and versatility brought Chris rapidly further. He received a place at the prestigious Dutch National Ballet Academy in Amsterdam, where he has laid his foundation as a young classical dancer. However the adventure continued beckoning, Chris wanted more than just classical. Hence he finished his pre-education at Lucia Martas Institute for Performing Arts.

Nowadays Chris is active as a dancer, choreographer and director. He studies the Italian language and culture at the University of Amsterdam to enrich and inspire himself as a person and artist. Many disciplines are coming together in his style. From theatre to film, and from expression to dance.